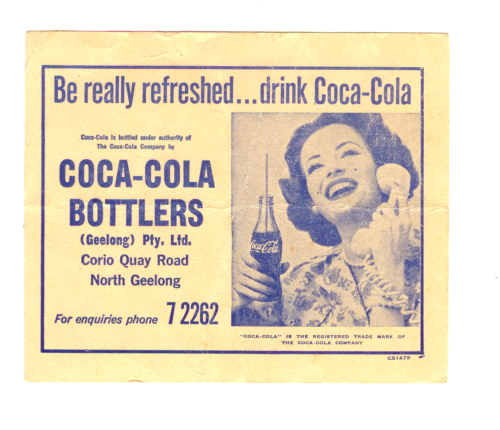 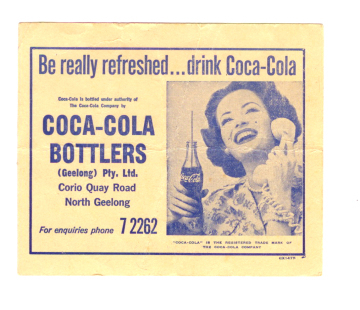 Coca - Cola Bottlers advertising card from the Gelong branch Australia. On the back is an advertisement for Fairy Park Anakie.

Card has been used and does show signs of age, however it is not torn or moth bitten. Would rate as very good condition.