During 1892 Daniel Egan, who lived in Barrister Street, was a Master Butcher.
He was also the manager of the Bendigo Co-Operative District Supply Association for butchers and operated his offices from Mitchell Street from 1897 to 1901.

It was not until 1905 that Daniel Egan entered the Aerated Waters, Cordial and Ginger Beer trade with his factory at 45 Lucan Street, Bendigo where he remained until the business closed in 1919.

His trademark was the familiar clasped hands, which is thought to symbolise the cordial handshake of persons within the cordial manufactory.

It is thought that he operated the business under his name for his sons. 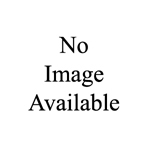